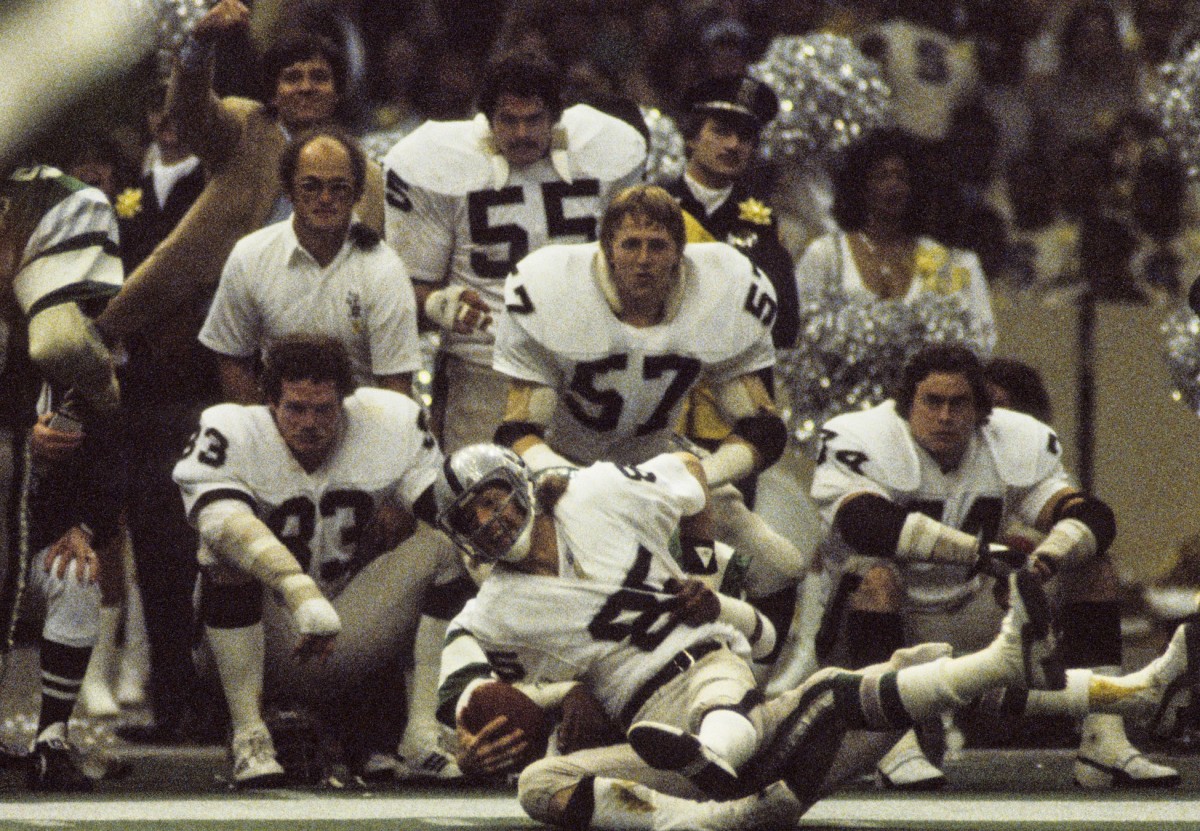 Linebacker Ted Hendricks was another player who had a reputation that preceded his arrival to the Oakland Raiders in 1975, and he fit right in with the established players for the Silver and Black.

And we’re not only talking about ability, as the 6-7, 220-pound Hendricks was a perennial All-Pro and future Hall of Famer who had 61 sacks, 26 interceptions, 25 blocked kicks, and 12 fumble recoveries in his career, but in addition that all of that he was a bit off the wall.

What would you expect from a guy whose nicknames were “The Mad Stork” and “Kick ’Em in the Head, Ted?”

“Ted Hendricks was a bit of a goofball,” Hall of Fame quarterback Kenny “Snake” Stabler said a few years ago. “But all that meant was that he fit in with all the rest of guys on our team who were like that.”

Hendricks was capable of saying or doing something funny at any time, even during games, but he saved his best antics with the Raiders for training camp at the El Rancho Tropicana Hotel in Santa Rosa, Calif.

One day after the morning practice during two-a-days, Hendricks brought a Cinzano umbrella onto the practice field and sat down so he could be waited on by a teammate, who had a towel draped over his arm.

“I borrowed (the umbrella) from one of the Italian restaurants in Santa Rosa,” said Hendricks, who was treated to a post-practice refreshment. “I put it out there right in the middle of the field, with a table and two chairs.”

But that pales in comparison to Hendricks’ best stunt, which took place one day when the Raiders were practicing on the football field at nearby Sonoma State University for a change of pace.

The Raiders were stretching and warming up on the field when future Hall of Fame Coach John Madden looked around and realized that one of his best players was nowhere to be seen.

His question was answered a few seconds later when Hendricks came roaring onto the field in full uniform riding a large horse and wearing a black German army helmet embellished with the Raider logo on each side.

Hendricks galloped the horse onto the field, dismounted at the 50-yard-line, and announced that he was ready for practice.

“It really just happened by chance,” Hendricks explained, acting like of was no big deal. “A friend’s daughter was taking her horse out to ride nearby. So I asked if I could borrow the horse for about 15 minutes.

“Madden had everyone gathered together. That’s when I rode out onto the field. I galloped him up to the 50, jumped off, and said I was ready. It didn’t faze the team. Or Madden. John didn’t bat an eye. He could take anything.”

Said fullback Mark van Eeghen: “On another team, you start a practice like that, and someone’s gonna be fined, demoted, or sent home. But it had nothing to do with lack of respect. He was on time, he practiced hard. He didn’t violate anything. John loved that. You can’t script stuff like that. That’s what our team was all about.”

Madden, who saw it all during his time with the Raiders and especially during training camp, was totally unfazed.

Hendricks even had a few comical incidents during the season.

One Halloween he showed up for practice at the Raiders’ training facility in Alameda, across the Oakland Estuary from the Oakland Coliseum, wearing a pumpkin that equipment manager Dick Romanski had carved into the shape of a helmet, complete with a face mask.

Another time, Hendricks sneaked a harlequin mask. a souvenir of the Dickens Fair in San Francisco, onto the field for a Monday Night Football game, and he was shown on television wearing it while sitting on the sideline with a toothy, ear-to-ear grin.

However, Hendricks and the rest of his goofy teammates saved their best for training camp.

Want to talk about this? Want to air your opinion about all things Las Vegas Raiders? Maybe you like to talk about other sports that aren’t Silver and Black related? We got your back. Join our 100% FREE message board, a brand new option, when you CLICK RIGHT HERE. Not All Fun And Games: Day(s) In The Life Of Digital Content Creators

VersusPoker Brings the Fun and Flexibility of At-Home Games Online

This way for the fun and games: Tory tussles, strikes and sporting action